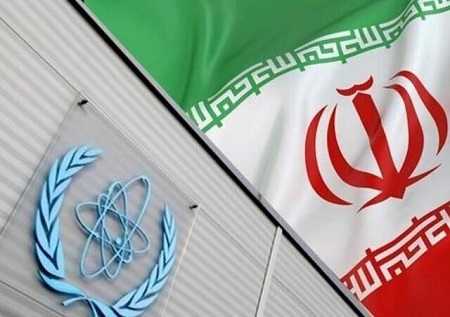 According to the report, for the first time since U.S. President Trump abandoned the 2015 nuclear deal, Tehran appears to have enough enriched uranium to produce a single nuclear weapon.

This is while based on a fatwa of the Leader of the Islamic Revolution Ayatollah Ali Khamenei, it is illegitimate to produce or use nuclear weapons and it has no place in Iran’s security ideology. Iran has on numerous occasions repeated such position.

The IAEA also documented for the first time how Iran’s leadership blocked its inspectors from visiting three critical sites where there was evidence of past nuclear activity, according to the New York Times.

The agency’s newly appointed director, Rafael Mariano Grossi, an Argentine diplomat who has spent most of his life working on nuclear issues, said it was urgent for “Iran immediately to cooperate fully with the agency” by allowing it access to the sites, and to answer additional questions “related to possible undeclared nuclear material and nuclear-related activities.”

“The situation is a paradox,” Mr. Grossi said in a recent interview in Washington, his first since taking over at the IAEA. “What we’re verifying is the gradual diminishing compliance with the agreement we’re supposed to be verifying.”

Trump unilaterally quit the nuclear deal in May 2018 and introduced the harshest ever sanctions in history on Iran as part of his administration’s “maximum pressure” strategy against Iran.

In response to this move, on May 8, 2019, Iran announced that its “strategic patience” is over and started to gradually reduce its commitments to the JCPOA at bi-monthly intervals. At the time Iran announced if the European parties to the deal take concrete steps to shield Iran’s economy from the U.S. sanctions it will reverse its decision.

However, seeing no action by the Europeans, on January 5 Iran took the last and final step by removing all limits on its nuclear activities.

Iran’s moves are based on paragraph 36 of the JCPOA which “allows one side, under certain circumstances, to stop complying with the deal if the other side is out of compliance.”

Despite taking the last step, Iran has reminded the Europeans to fulfill their commitments in order to keep the deal alive.

On January 5, Iran announced that it is taking the last and final step to stop its commitments to the JCPOA.

Under the JCPOA signed in July 2015 between Iran and the five permanent members of the UN Security Council, Germany and the European Union, Iran agreed to put limits on its nuclear activities in exchange for termination of economic and financial sanctions.

Reuters first reported on Monday that the IAEA planned to issue a second report in addition to its regular quarterly update on Iran’s nuclear activities, rebuking Iran for less than full cooperation in general and for failing to grant UN inspectors access to one or more sites of interest.

The regular report showed Iran’s stockpile of low-enriched uranium nearly tripling since November to more than a ton, as Tehran continues to breach key limits of its steadily eroding nuclear deal in response to renewed U.S. sanctions against it since Washington pulled out of the accord in May 2018.

“I judged it necessary to produce a second report because I thought the situation is serious enough to merit such a move on my part,” Reuters quoted Grossi as saying in an interview in Paris.