60% of home appliances in Iran locally-made 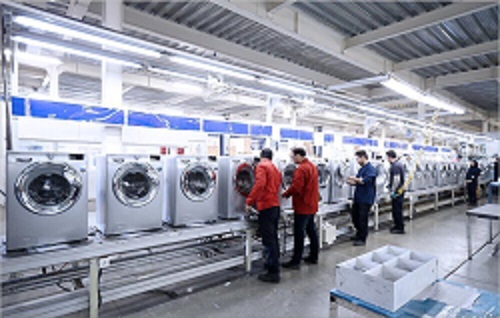 Underlining the increase in the production of home appliances during the first two months of the current Iranian calendar year (March 20-May 20), the official said the production of washing machines has increased by 152 percent from 48,000 units in the previous year to 121,000 units this year.

He further mentioned the upward trend of the production home appliances in the previous calendar year 1398 and noted that despite the restrictions created by the U.S. this industry’s production capacity increased 10 percent in 1398 compared to its preceding year.

Based on Industry, Mining and Trade Ministry data, in the previous year, 1,168,700 refrigerators and freezers were produced in the country, an increase of 7.8 percent compared to the preceding year 1397 (ended on March 20, 2019), while domestic companies produced 732,200 washing machines, to register a 32-percent increase year on year.

Also, the production of coolers increased by 6.3 percent to 904,900 units during the said period.

According to the official, the increase in the production of home appliances was achieved in a situation where two international companies (LG and Samsung) which held nearly 80 percent of Iran’s market reduced their production in the country and left Iran under U.S. pressures.

South Korea’s LG Electronics and Samsung have ended their presence in the Iranian market since the beginning of 2020, abiding by the U.S. pressures for cutting ties with one of their biggest markets.

The departure of the Asian companies from the Iranian market created a new opportunity for domestic companies to, once again, come to the spotlight for showcasing their capabilities and benefit from a market that belongs to them.