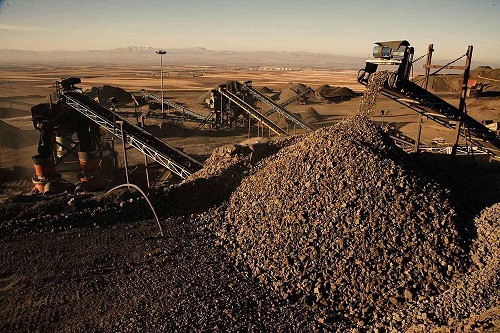 The mentioned production unit was inaugurated by President Hassan Rouhani via video conference during a ceremony on Thursday.

Speaking in the ceremony, Acting Industry, Mining and Trade Minister Hossein Modares Khiabani said the mentioned project will be completed in two phases, each of which will add 2.5 million tons to the country’s iron ore concentrate production capacity.

As announced by the ministry, Iran produced 47.306 million tons of iron ore concentrate in the previous Iranian calendar year (ended on March 19), registering a four-percent rise compared to the preceding year.

In its outlook plan for the Iranian calendar year 1404 (2025-2026) Iran has envisaged production of 55 million tons of steel per annum, and to achieve this target the country requires to extract 160 million tons of iron ore concentrate.